A positive 2020 for the Feralpi Group

INVESTMENTS ON THE RISE (€55.6m) IN SUPPORT OF THE INDUSTRIAL PLAN

COMMITMENT FOR DECARBONISATION AND ENHANCED EFFICIENCY CONFIRMED WITH KPI/ESG

Lonato del Garda (Brescia), 6 July 2021 - The Feralpi Group reported a positive 2020 despite the impact of the Covid-19 pandemic, which imposed a lockdown in March and April in Italy. The steel group, one of Europe's leading producers of construction and special steels, ended the consolidated financial year with a profit, and turnover and production in line with a good 2019. Margins also remained positive, though affected by the period of production stoppage imposed by government measures to counteract the pandemic.

The Group increased the resources allocated to investments to give continuity to the implementation of an industrial development plan focusing on increasing decarbonisation and enhancing the efficiency of production processes.

Investments aim at achieving maximum efficiency and also contributing to the decarbonisation of production activities, reducing consumption and emissions by developing, among other things, new models of circular economy to implement a climate strategy capable of combining competitiveness, and respect for the environment and for people.

«2020 can hardly be described as an ordinary year – comments Feralpi Group chairman Giuseppe Pasini – due to a global pandemic that has disrupted lives, businesses and markets. In this scenario, after protecting our own people, being able to minimise the impact on our Group has been crucial in making us ready to catch the recovery wave we’re now experiencing.»

«Europe’s Green New Deal and Italy’s PNRR in the 2030 Agenda are triggering a revolution in our cities and beyond. Steel is required for the green transition to be tangible and generate real effects, as it lies at the heart of both smart cities and future logistics. These are precisely the two markets in which Feralpi operates».

«Transition – adds the Chairman – does not stop outside, rather it permeates the enterprise and steers its development policy. This is why we at Feralpi integrate sustainability into the business, set KPIs under ESG and strive for the ongoing improvement of environmental and social performance as well. To do so, we invest in technology, research and development, and - despite the pandemic crisis - we have never stopped doing so.».

Feralpi Holding’s 2020 consolidated financial statements show Net Revenues of €1,238m against €1,302m in 2019 (-4.9% y/y). The strong propensity towards markets outside Italy was confirmed. Revenues generated abroad accounted for 62%, in line with the previous year.

After discounting €55.2m amortisation, depreciation and write-down, against €53.9m in 2019, EBITDA remains positive (€73.7m) despite the impact of the pandemic emergency.

The net result for the year remains positive at 5.45m. Consolidated net worth further increased from €509.5m to €520.8m.

The 2020 consolidated financial statements show an increase in Net Cash Flow from €134.9m to €145,9m, as a result of the inclusion of Caleotto in the consolidation scope in 2020. In fact, in March 2020 the subsidiary Acciaierie di Calvisano S.p.A. took over the remaining 50% of the stake in Caleotto S.p.A, and become the sole shareholder of the Caleotto-Arlenico Group. Discounting this effect, the Group achieved a net cash flow of about €35.0m.

Technical investments for the period rose to €55.6m, confirming that, despite the uncertainties caused by the pandemic, the Company continues to implement its industrial plan, one of the pillars to sustain increased productivity - both in the construction steel business unit and in the special steels business unit - and to achieve increasingly ambitious environmental KPIs, in order to combine competitiveness with a reduction in the direct and indirect impact of production activities. In effect, energy efficiency projects continued to optimise the consumption of both electricity and natural gas.

In order to optimise energy consumption and reduce CO2 emissions at the same time, in line with the European Green New Deal, the Company is committed to developing research projects to support production processes, aimed at increasing energy efficiency and reducing impacts and emissions, in a 4.0 perspective, with the help of artificial intelligence and in partnership with international research centres and universities.

During the year, the experimental phase of using engineering plastics (obtained from plastics recovered from urban recycling that cannot be reused and has to be disposed of in landfills) in EAFs instead of coal and its derivatives was also completed at the Lonato del Garda plant. This will help counteract climate change by reducing CO2 emissions. As from 2021, with transition to the industrial phase, the consumption of coal will be cut by about 4,000 tonnes, thereby reducing CO2 emissions by around 2,000 tonnes per year and contributing to the decarbonisation of the production process.

Mineral-based lubricants are gradually being replaced by fully biodegradable vegetable-oil based products. In a circular approach, the use of products made using company residues, or sub-bases and asphalts made from black slag resulting from the iron and steel process, has also continued.

The Quality Integration project was born as a part of investments aimed at strengthening and integrating the internal supply chain in high value-added steels between Acciaierie di Calvisano (steel mill) and Caleotto (rolling mill). Actions have been taken to improve plants efficiency, in addition to operational practices and the implementation of Industry 4.0 simulation and control systems. These include testing for the development of new steel qualities, plant development for the rolling mills with the introduction of thermo-mechanical treatment (Caleotto), the implementation of Industry 4.0 logic software systems for monitoring and controlling the entire production chain. Besides, the development of measurement systems along the entire production chain to minimize defects and the implementation of continuous product tracking systems.

During 2020, the Presider plant, a member of the Group that leads the way in the processing of steel for large-scale construction projects around the world, underwent a major intervention to completely redesign the layout, from internal logistics to new 4.0 plants.

In the latter months of the year, in view of reinforcing its leadership role in the building steels business, the Feralpi Group invested in launching the conversion of the business at the Nave plant (Brescia), which has passed to Presider, which will thus be able to take full advantage of all the opportunities arising from the revamping of infrastructure works, thanks to its objectives and the resources made available by the European Recovery Fund

With regard to employment, the Group rose from 1,570 to 1,710 employees (+8.9% y/y) thanks to both new hires (+12.5% y/y) and the entry of Caleotto in the Group’s scope of consolidation. 98% of the workforce are employed on a permanent basis. More than 1,000 employees were involved in health and wellbeing activities and initiatives.

Feralpi pursues a circular & environment-linked policy on the financial front as well. In 2020, the company launched scouting activity that led to the creation and signing of the first circular economy-linked interest rate swap agreement with Intesa Sanpaolo in 2021 for an amount of 40 million euros. This was an absolute first in the Italian market, enabling Feralpi to expand its hedging strategies by linking them to ESG incentive systems.

The KPIs identified include a reduction in CO2 emissions per tonne produced, an increase in Italian suppliers classified using ESG criteria, an increase in the percentage of waste recovered compared to that disposed of, and enhancement of the 231 model to make corporate governance increasingly sound.

As a sign of continuity and transparency, Feralpi presents, together with the Group's 2020 consolidated financial statements, a Voluntary Consolidated Non-Financial Declaration (NFD) drawn up in accordance with legislative decree 254/2016. Though not formally required to draw up an NFD, the Group has deemed it necessary to continue to bring forward compliance with the legislative decree in order to provide its stakeholders with comparable elements and to encourage increasing transparency on social, environmental and economic matters.

Like the Group's entire sustainability policy, this document is based on the Sustainable Development Goals (SDGs) of the United Nations 2030 Agenda, which clearly point to a virtuous course that industry, too, is required to follow.

The turnover attributed to local suppliers was 27%. The contribution in support of local communities exceeded 4 million euros.

On the environmental front, 93% of production comes from recycled steel and 83% of waste was sent for recovery.

In 2020, the production of waste from the steelmaking process was down by 6.3% compared to the previous year. Direct and indirect emissions (Scopes 1 and 2) decreased by 5.9% compared to 2019. 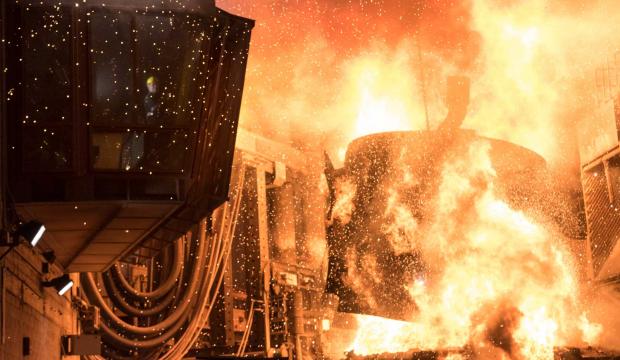 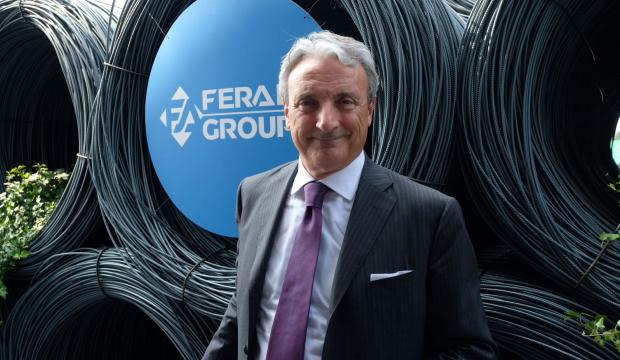 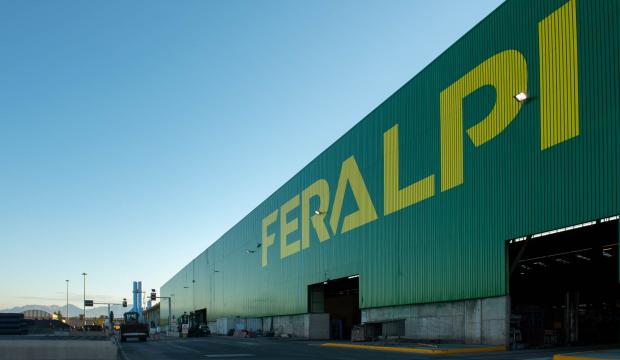 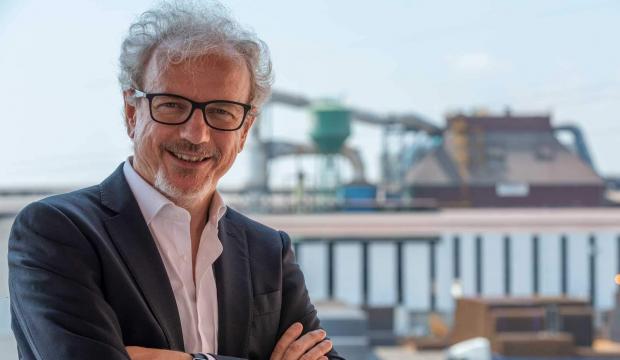 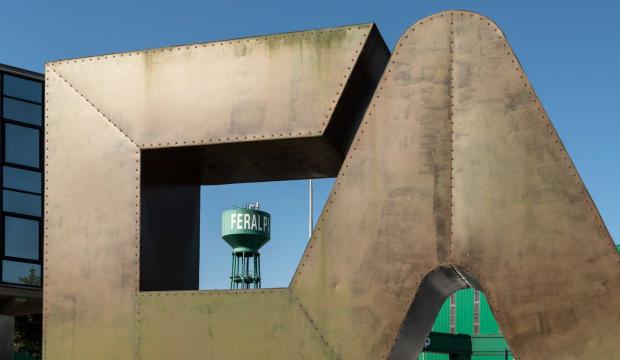 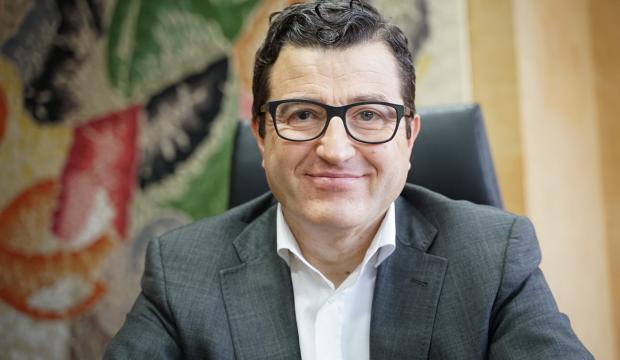 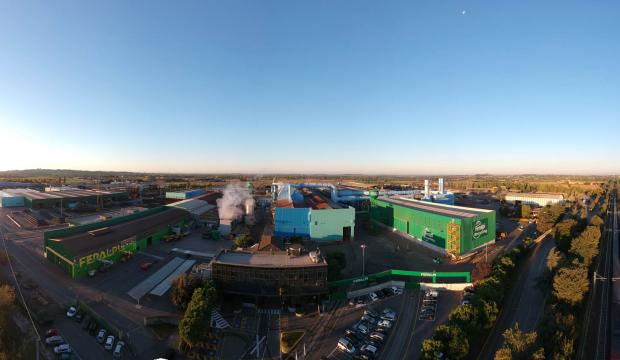 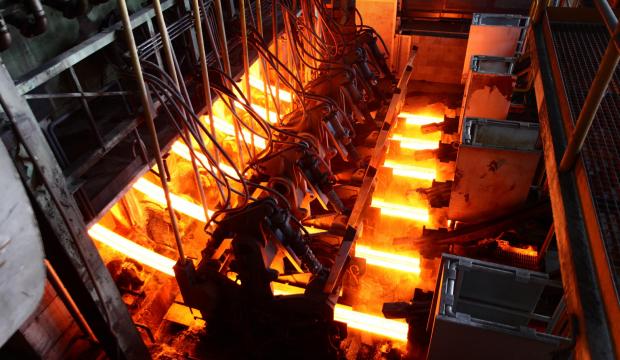 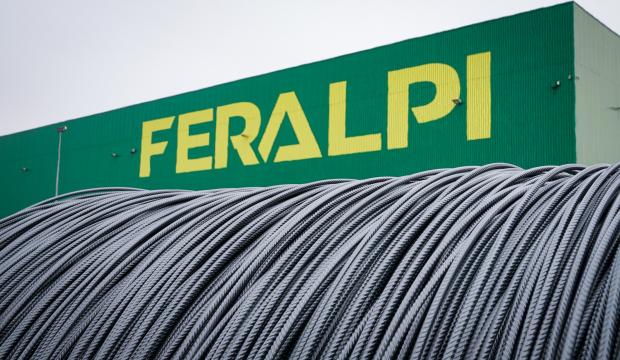